Speakeasy is a game of creative deception, hidden identities, and strategy. To start, the Moderator gives everyone a secret role on one of two teams: the Mob or the Feds. Your first task is casually drop your secret passwords into conversation so as to identify who to trust. As the game goes on, players learn how to hustle as they continue to identify and organize their teammates, discover the other teamʼs secrets, sow misinformation, infiltrate the opposition, and score points—all while watching their own backs. Play ends after one hour, and the winning team is the one that has garnered the most information about their opponents’ secret identities.

Speakeasy can be played at home, in a pub, or anywhere the group can fit. There’s no board, no turns, and you are free to move around and mingle with (or avoid) other players. 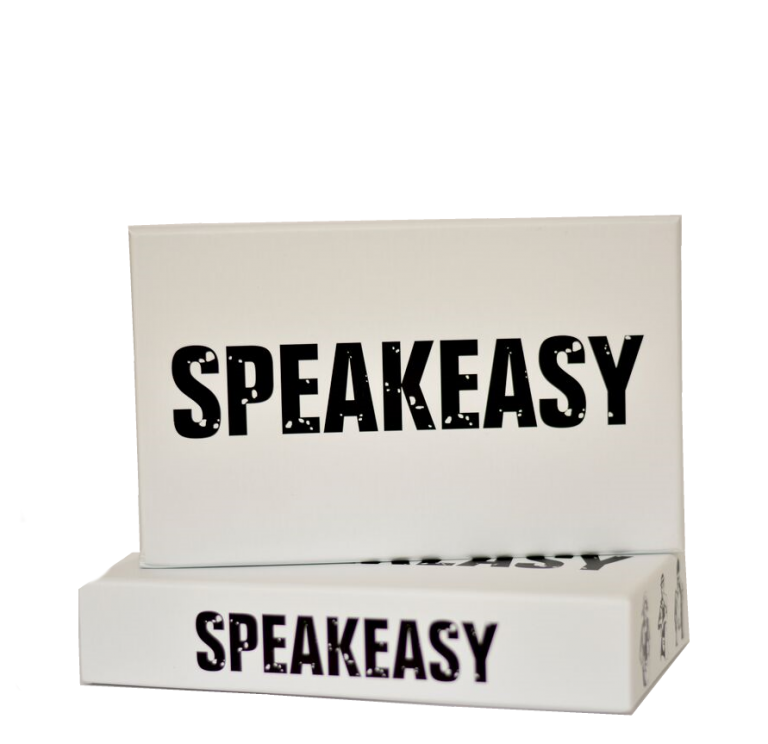 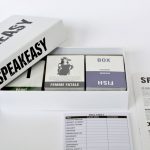